The Making of a Miracle: 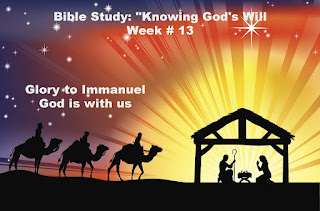 And it came to pass also on another sabbath, that he entered into the synagogue and taught: and there was a man whose right hand was withered. And looking round about upon them all, he said unto the man, Stretch forth thy hand. And he did so: and his hand was restored whole as the other.—Luke 6:6, 10

"Stretch forth your hand," Jesus instructed the man with the withered hand. When he did, a miracle occurred. However, that miracle didn't just fall on the man—the man's faith produced it. How do we know that? Well, Jesus told a man with a withered hand to stretch it. If that man had not been in faith he might have said, "What do You mean, stretch it forth? That's why I'm here—it doesn't stretch! I'm waiting for You to heal me so I can stretch it!" But this man's faith was in operation. You see, real faith does what it can do and then attempts to do what it cannot do. So when Jesus said, "Stretch out your hand," the man stretched it out. A person can't stretch a hand that doesn't stretch, so the man wouldn't even have tried to stretch his hand if he weren't expecting results. Why did the man expect results? He was in faith. How did he get in faith? Verse 6 says Jesus "entered into the synagogue and taught." The man heard Jesus teach. That's the way most miracles happened in Jesus' ministry. People heard Jesus teach, faith arose, and they were healed. And the same will be true for you.

My Confession: Faith comes by hearing, and hearing by the Word of God. I hear the Word on healing, act on it, and confidently receive my healing.

The above is our devotional lesson, but I would like to add an encouraging word from a very important friend of mine.

Imagine that you live in a country where there are no Bibles or churches. You know nothing about Christianity and have never heard of Jesus. However, in the middle of December, you have the opportunity to come to the United States for a vacation. After arriving, you dis- cover that everyone is celebrating a holiday called Christmas. Based on the people's activities and preparations, what would you assume was the purpose of the holiday?

This is a very convicting question, isn't it? You might conclude that Christmas is all about parties, Santa Claus, gifts, decorations, and family. But from the evidence, would you think that it was some kind of religious holy day? Probably not!

Many people today miss the true message of Christmas. For some, it's just a time to gather with family. Most know that it's a holiday with a religious connection, but their focus is on cultural traditions rather than spiritual meaning. A few, like the imagined visitor, may not even know that it's Jesus' birthday. But what about those of us who are believers? How much time do we spend contemplating and rejoicing at the marvel of God coming to earth in the form of a newborn baby?

To regain the wonder we may have lost, let's return to the scene where the first message of Christmas was given (Luke 2:8-20). It looks nothing like what we imagine a Christmas setting should be—no snow, decorated trees, or festive lights. There's simply a group of shepherds out in a field at night watching over their sheep. They were not important, powerful, or influential people. In fact, the Orthodox Jews of that time considered shepherds lowly and unclean. Yet they were the ones God chose for the most important birth announcement in human history. What kind of message was this, that was given to shepherds and changed the world forever?

First of all, it was a heavenly message. "An angel of the Lord suddenly stood before them, and the glory of the Lord shone around them; and they were terribly frightened" (Luke 2:9). In the Bible when God had a message for His people, He usually sent a prophet, but this event was so important that He sent word directly from heaven via His angel. The glory of God that accompanied the angel was manifested in radiant, dazzling light and confirmed that the message was coming directly from heaven.

Second, the angel's announcement was a universal message. "I bring you good news of great joy which will be for all the people; for today in the city of David there has been born for you a Savior, who is Christ the Lord" (Luke 2:10-11). This wasn't just good news for the Jews, but for every person on earth and throughout time. This baby would open the way of salvation for all people.

The angel identified the baby with three titles. He's called a Savior, but unlike all the previous men who'd claimed to be saviors, this baby was the Christ, or Messiah. The Jews had been waiting hundreds of years for their Messiah to come, and now, at last, He was here. The final title of Lord revealed His divinity. The shepherds wouldn't have failed to make this connection because the Israelites used this title for God or Yahweh.

Third, the angelic message announced peace. "Suddenly there appeared with the angel a multitude of the heavenly host praising God and saying, 'Glory to God in the highest, and on earth peace among men with whom He is pleased'" (Luke 2:13-14). From a Jewish perspective, peace would only be possible when the Messiah overcame Rome, but political peace wasn't what the angel meant. That kind of peace will only come when Jesus returns to rule the entire earth.

There are three kinds of peace that Christ's life, death, and resurrection make possible today. Having been alienated from God by original sin as well as our personal transgressions, Christ's atoning death brings us back into peace with God. Once we've received Him by faith, He then gives us the internal peace of God that guards our hearts and minds in Christ Jesus (Phil. 4:7). And through the presence of His indwelling Spirit, we are also enabled to have peace with one another. This announcement of peace is for everyone who receives Jesus as Savior because only then can we become people "with whom He is pleased" (Luke 2:14).

Finally, the message of Christmas is meant to be shared. After the shepherds went to Bethlehem to see the baby, "They made known the statement which had been told them about this Child" (Luke 2:17). This was not an announcement they could keep to themselves, because the hope of humankind was lying in that manger.

This is still true today. Jesus is the only One who can save us. So many people in the world need to hear why He arrived on Christmas. Those of us who have heard and accepted the message have a responsibility to tell them, and there's no better occasion than the holiday that carries His name. Since our culture has largely lost sight of the true meaning of Christmas, it's the perfect opportunity to bring God's Son back into the celebration.

I enjoyed this article I just had to include it in this Christmas lesson. So encouraging to me! We must share this with all. Amen.

Jesus, the Light of the World, as we celebrate your birth . . . . may we begin to see the world in the light of the understanding you give us.  As you chose the lowly, the outcasts, and the poor to receive the greatest news the world had ever known, so may we worship you in meekness of heart.  May we also remember our brothers and sisters less fortunate than ourselves in this season of giving.  THANK YOU, LORD, for the gift of Your love. May I be a shining example of that love to others. Amen. Eternal God, this joyful day is radiant with the brilliance of your one true light. May that light illuminate our hearts and shine in our words and deeds. May the hope, the peace, the joy, and the love represented by the birth in Bethlehem fill our lives and become part of all that we say and do. May we share the divine life of Your Son Jesus Christ, even as He humbled Himself to share our humanity. Bless us and the feast that You have provided for each one of us through Christ the Lord, let us be thankful for the true gift of Christmas, You Son, AMEN.

1 Who told Mary and Joseph to go to Bethlehem?

2 True or False: Mary and Joseph went to Bethlehem for the birth of Jesus because they were following a star.

3 What form of transportation did Mary and Joseph use to get to Bethlehem? The answer is not a taxi cab.

4 Which Old Testament prophet had the most to say about the birth of Christ?

5 In the accounts announcing the birth of Christ (Matthew 1 and Luke 1 and 2) how many times did an angel or angels appear?

6 Who told Joseph the baby's name was to be Jesus?

7 Can you list 5 names of Jesus found in the Bible? Some on my list are from Old Testament prophecies.

8 What are the meanings of the names Jesus and Emmanuel?

9 The shepherds and the wise men went to see Jesus. Which group followed a star and which group went to find the baby because an angel told them where to look?

10 What did the angels sing to the shepherds?

11 When the shepherds went looking for Jesus, what was the sign they were to look for?

12 How many wise men or kings or magi came to see Jesus?

13 Matthew 2:8 says that Herod asked the wise men to inform him where the baby Jesus was. Why does this verse say he wanted to know?

14 How old was Jesus when the wise men found him?

15 What are the three gifts which are mentioned being given by the wise men?

16 Which emperor ordered all the young children be killed?

17 What animals does the Bible say were present at the birth of Jesus?

18 What was the name of the unkind innkeeper who would not allow the pregnant Mary to lodge in his inn?

19 What is the name of the priest who was told he would not die until he saw the Savior?

20 Two of the four Gospels do not mention the birth of Christ. Which two?

According to the study:  Questions:

Mary, did you know
that your baby boy will one day walk on water?

Mary, did you know
that your baby boy will save our sons and daughters?

Did you know,
that your baby boy has come to make you new?
This child that you've delivered,
will soon deliver you.

Mary, did you know
that your baby boy will give sight to a blind man?

Mary, did you know
your baby boy will calm a storm with his hand?

Did you know,
that your baby boy has walked where angels trod?
When you kiss your little baby,
you've kissed the face of God.

The blind will see
The deaf will hear
The dead will live again.
The lame will leap
The dumb will speak
The praises of The Lamb.

Mary, did you know
that your baby boy is Lord of all creation?

Mary, did you know
that your baby boy will one day rule the nations?

Did you know,
that your baby boy is heaven's perfect lamb?
This sleeping child you're holding, is the great I AM

Posted by Chosendia at 5:37 PM