And [throughout Lycaonia] they preached the gospel. And there sat a certain man at Lystra, impotent in his feet, being a cripple from his mother's womb, who never had walked: the same heard Paul speak: who stedfastly beholding him, and perceiving that he had faith to be healed, said with a loud voice, Stand upright on thy feet. And he leaped and walked. —Acts 14:7-10

Paul and Barnabas were preaching the Gospel, the Good News, in the cities of Lycaonia. Good news to a sinner is that he can be saved, good news to a poor man is that his needs can be met, and good news to a sick man is that he can be healed. As they preached in Lystra, a crippled man who had never walked sat in the crowd. Suddenly, something radically changed his condition. What was it that changed the course of his life? "The same heard Paul speak." The man heard the Gospel. Healing had to be part of the Gospel Paul and Barnabas were preaching. How do we know? Because Romans 10:17 says faith cometh by hearing and hearing the Word of God. Therefore, the man had to hear on healing to have faith for healing. (Rom. 10:17.) Then, while he heard, Paul "stedfastly beholding him, and perceiving that he had faith to be healed, said with a loud voice, Stand upright on thy feet. And he leaped and walked." A miracle happened that day, but the first step he took that set a new course in his life was to hear. He tapped into the connection between hearing and healing.

Confession: Hearing God's Word produces faith in me. Therefore, as I continually hear the Word, I walk in divine health, peace, and abundance.

Posted by Chosendia at 10:02 AM No comments:


You Can Do Something About the Devil 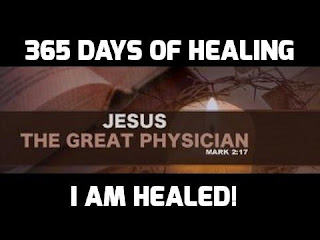 And when Jesus was entered into Capernaum, there came unto him a centurion, beseeching him, and saying, Lord, my servant lieth at home sick of the palsy, grievously tormented. And Jesus saith unto him, I will come and heal him. The centurion answered and said, Lord, I am not worthy that thou shouldest come under my roof: but speak the word only, and my servant shall be healed. For I am a man under authority. —Matthew 8:5-9

There's a connection between understanding authority and having great faith. Sometimes a believer's faith doesn't operate because he doesn't understand his authority. When the believer starts to receive from God, the devil steals from him, and he doesn't realize he can stop the devil in his tracks. So we must develop an understanding of the authority God has given us. Authority is not our own power or strength. The best term to explain authority is "delegated power." You see, Jesus delegated authority to us: "Verily I say unto you, Whatsoever ye shall bind on earth shall be bound in heaven: and whatsoever ye shall loose on earth shall be loosed in heaven" (Matt. 18:18). In other words, what we forbid is forbidden, and what we allow is allowed. Jesus is the Head of the Church. We're His body on this earth with the right to use the authority vested in His name. The body has the same authority as the Head. God is waiting for us to give orders to the enemy so He can legally enforce them. We're the ones with the authority to do something about the devil.

Confession: Jesus has spoken healing to me through His Word, and I have authority to stop the devil from hindering me. Healing is mine in Jesus' name.

Posted by Chosendia at 11:35 AM No comments:

VERSE OF THE DAY 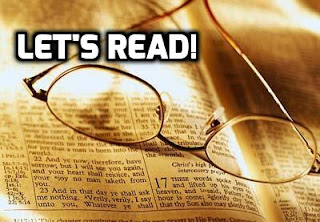 5 And hope does not put us to shame, because God's love has been poured out into our hearts through the Holy Spirit, who has been given to us.
Posted by Chosendia at 11:30 AM No comments:

Daily Prayer for May 22

I will declare your name to my brothers; in the congregation I will praise you. Psalm 22:22, NIV

Lord our God, Almighty Father in heaven, we stand before you as your children, whom you want to protect through the need of our time, through all sin and death. We praise you for giving us so much peace in an age full of trouble, and for granting us the assurance of your help. Even when we suffer, we do not want to remain in the darkness of suffering but want to rise up to praise and glorify you. For your kingdom is coming; it is already at hand. Your kingdom comforts and helps us and points the way for the whole world, that your will may be done on earth as in heaven. Amen.

Posted by Chosendia at 11:26 AM No comments:

I will be posting again ASAP!!
Posted by Chosendia at 9:01 AM No comments: